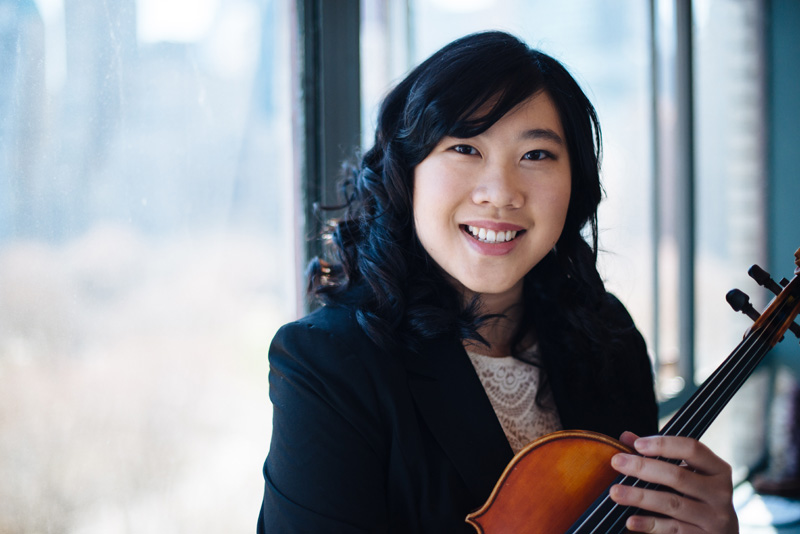 Olivia Chew, a native of Long Island, joined the Rochester Philharmonic Orchestra in 2014 and served as assistant principal viola in the 2014-15 season. Throughout her orchestral career, she has been invited to play at Carnegie Hall, Lincoln Center, the John F. Kennedy Center for the Performing Arts and others. An active chamber musician, she is a frequent guest artist with the Society for Chamber Music Rochester, the Lakes Area Music Festival in Brainerd, MN and the Rock Creek Trio in Baltimore, MD. As a fellow at the Aspen Music Festival, she served as principal viola of the American Academy of Conducting at Aspen. She holds both undergraduate and graduate degrees from Indiana University Jacobs School of Music. After her studies at IU, Chew was awarded a full scholarship to the Manhattan School of Music’s Orchestral Studies program. Prior to joining the RPO, she served as assistant principal viola in the Hudson Valley Philharmonic and was a member of the Evansville Philharmonic Orchestra.