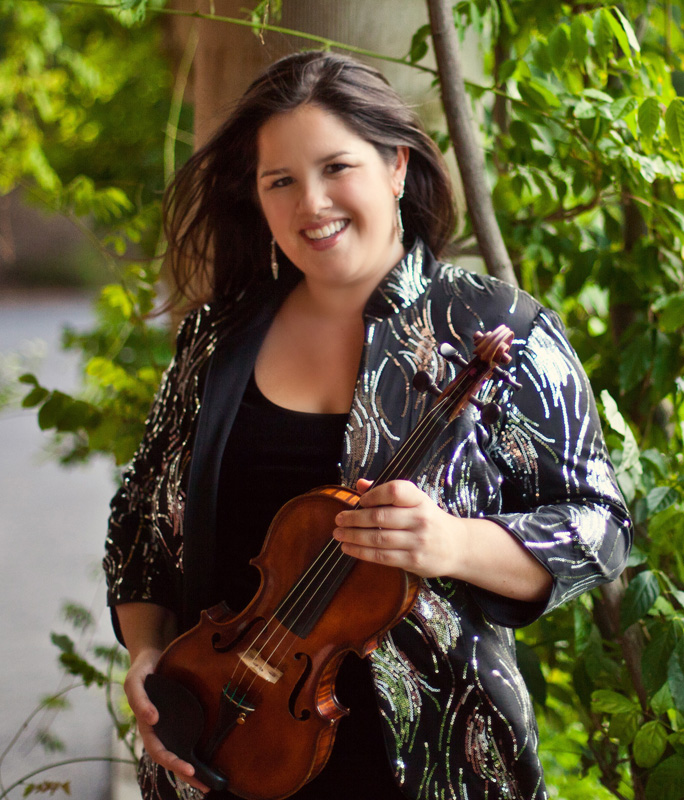 Appointed concertmaster of the Rochester Philharmonic Orchestra 2005 at age twenty-four, Juliana Athayde became the youngest person to hold the position since the orchestra’s inception in 1922.

She has appeared as guest concertmaster for the Houston, Kansas City and Santa Barbara Symphonies as well as the National Arts Center Orchestra in Ottawa, Ontario. Prior to joining the RPO, Athayde was concertmaster of the Canton (OH) and Plymouth (MI) Symphonies. In 2002, she served as concertmaster of the New York String Seminar under the direction of Jaime Laredo for concerts at Carnegie Hall. For five years, she was a member of the Iris Chamber Orchestra in Memphis and she has performed with The Cleveland Orchestra in the United States and Europe. A fellow at the Aspen Music Festival and School for six years, Athayde was awarded the prestigious Dorothy DeLay fellowship in 2005 and was subsequently invited to return in 2010 to deliver the festival’s convocation speech.

Athayde’s numerous solo appearances with the RPO have covered a wide range of composers from Mozart and Brahms to Barber and Prokofiev as well as the 2010 premiere of Allen Shawn’s violin concerto, commissioned by the RPO and specifically written for her. She has also performed as a soloist with the Asheville, Canton, Diablo, Fayetteville, Flint, Mid-Texas, New Bedford, Palo Alto, Plymouth and Wyoming Symphony Orchestras.

A native of the San Francisco Bay Area, Athayde made her solo debut at the age of 16 performing with the San Francisco Symphony. In demand as a chamber musician locally and nationally, she has collaborated with artists including Michael Tilson Thomas, Joseph Silverstein, Jon Nakamatsu, William Preucil, Jon Kimura Parker, Anton Nel, Orion Weiss and Jean-Yves Thibaudet. Together with her husband, RPO principal oboist Erik Behr, Athayde is Artistic Director of the Society for Chamber Music in Rochester.

A passionate educator, Athayde is an Associate Professor of Violin at the Eastman School of Music, a Visiting Teacher at the Cleveland Institute of Music, and previously served as a Visiting Professor at Cornell University. Recently named a Distinguished Member of Sigma Alpha Iota and presented with the 2012 University of Michigan School of Music, Theatre & Dance Emerging Artist Alumni Award, Athayde also received the Albert A. Stanley Award, the school’s highest undergraduate honor, upon graduating from the University of Michigan where she studied with Paul Kantor. Completing her graduate work at the Cleveland Institute of Music with Cleveland Orchestra Concertmaster William Preucil, she is the first graduate of CIM’s Concertmaster Academy. She spends her summers performing with her husband at San Diego’s Mainly Mozart Festival and the Sun Valley Summer Symphony in Idaho.She performs on a 1948 Celeste Farotte violin and a J.B. Vuilliaume bow.