The Rochester Philharmonic Orchestra has been enriching the Rochester community with music since 1922.

Here for the Community

The RPO is committed to providing the greater Rochester area with exceptional, engaging performances to enrich and inspire. Each season is crafted to create a diverse mix of education programs, progressive performances that blend genres, and showcase talented musicians. Our passion for educating the community while highlighting the beauty in music remains our utmost priority.

The Rochester Philharmonic Orchestra was founded in 1922 by George Eastman, quickly becoming a cornerstone of the community. Almost 100 years later, RPO is the community’s orchestra and continues to embrace Eastman’s vision of a musical community for everyone with each season. With nearly 170,000 attendees to more than 150 events each season, 40% of which are free concerts geared towards community and education, the RPO’s reach and influence has extended beyond our local community as we continue to gain recognition nationally.

A Team to Inspire 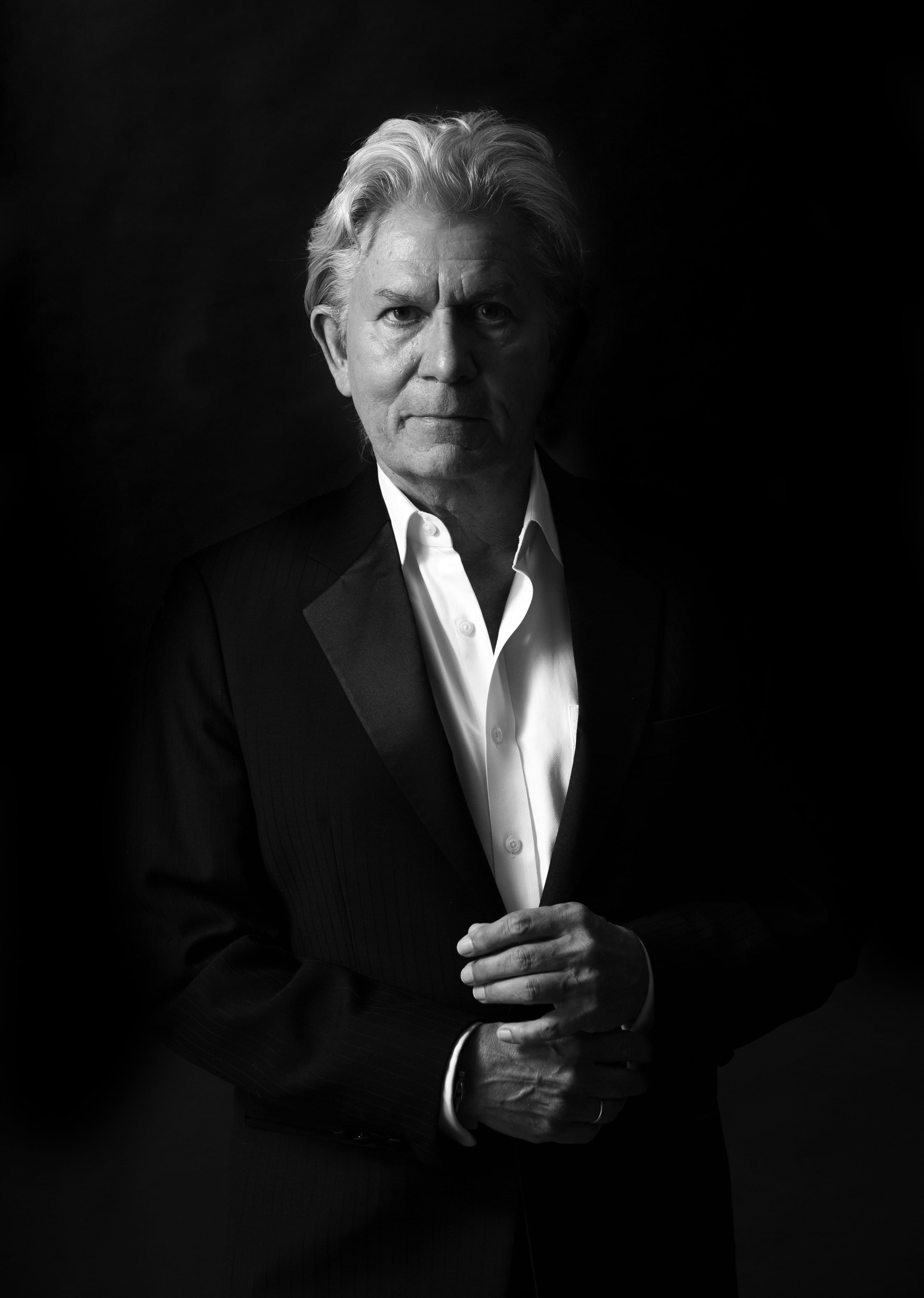 Joined the RPO in 2021 Over the course of his 35-year career, Andreas Delfs has earned a stellar reputation as...

Over the course of his 35-year career, Andreas Delfs has earned a stellar reputation as one of the most respected conductors in the orchestra world. He is widely recognized as both a successful, hands-on orchestra builder and as an imaginative and inspiring music director. His passionate and dramatic interpretations of the late romantic repertoire with orchestras in both North America and Europe have drawn critical acclaim, reflecting a constantly evolving artistic maturity marked by the insight, depth and integrity he brings to the podium.

Andreas Delfs was educated in the finest conservatories of the old and the new world and mentored by great conductors; his approach to conducting has been forged by decades of experience. At the same time, his love of new music and his commitment to discovering and exploring fresh voices have led him to establish close relationships with many of today’s composers and to conduct numerous world premiere performances. Mr. Delfs counts among his profound musical inspirations composers and musicians who span many decades, including Hans Werner Henze, György Ligeti, Philip Glass and Roberto Sierra; he has partnered with many of the world’s most renowned solo artists, including André Watts, Emanuel Ax, Joshua Bell, Hilary Hahn, Yo-Yo Ma, Lang Lang and Renée Fleming.

Andreas Delfs has held chief artistic posts with several orchestras in both North America and Europe. As Music Director (1996-2009) and Conductor Laureate (2009-2015) of the Milwaukee Symphony Orchestra, Mr. Delfs was instrumental in the orchestra’s rise to national prominence. He also led the Saint Paul Chamber Orchestra as Music Director (2001-2004) and Artistic Consultant (2004 -2006). He served as General Music Director of Hanover, Germany (1995-2000), conducting the city’s renowned symphony orchestra and opera company. Prior to his time in Hanover, Mr. Delfs was Music Director of the Bern Opera; resident conductor of the Pittsburgh Symphony during the tenure of Lorin Maazel; and Music Director, at an early age, of the Orchestre Suisse des Jeunes.

Born in Flensburg, Germany, Andreas Delfs began studying piano and music theory at age 5. He studied with Christoph von Dohnányi and Aldo Ceccato at the Hamburg Conservatory. At 20, Mr. Delfs became the youngest-ever Music Director of the Hamburg University Orchestra and Musical Assistant at the Hamburg State Opera.  He enrolled at The Juilliard School; studied with Jorge Mester, Sixten Ehrling and Leonard Bernstein; and won the Bruno Walter Memorial Scholarship. 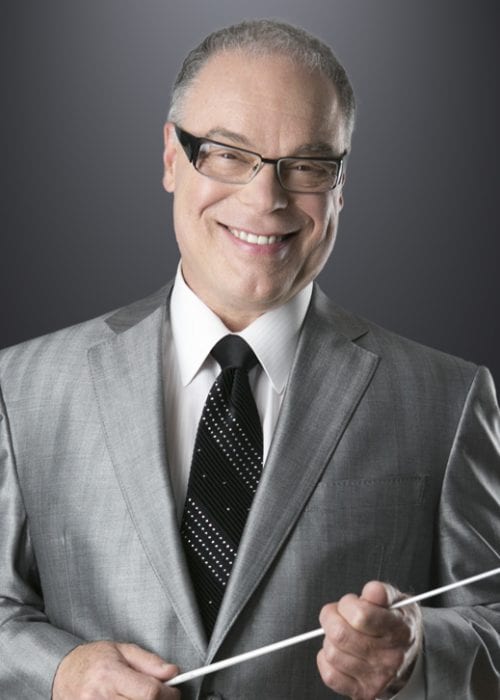 Joined the RPO in 1994 Grammy Award winner Jeff Tyzik is one of America’s most innovative and sought-after pops conductors....

Grammy Award winner Jeff Tyzik is one of America’s most innovative and sought-after pops conductors. recognized for his brilliant arrangements, original programming, and engaging rapport with audiences of all ages. In 2018-19, Tyzik celebrated 25 years as Principal Pops Conductor. He also holds a similar role with the Detroit Symphony, the Oregon Symphony, and The Florida Orchestra. This is also the seventh season that Tyzik has held The Dot and Paul Mason Principal Pops Conductor’s Podium at the Dallas Symphony Orchestra.

Tyzik has written more than 200 arrangements, orchestrations, and compositions for orchestra. His 2007 recording of works by Gershwin with pianist Jon Nakamatsu and the RPO stayed in the Top 10 on the Billboard classical chart for over three months. Alex Ross of The New Yorker, called it “one of the snappiest Gershwin discs in years”. In the 2015-16 season, Tyzik premiered a new violin concerto written for RPO Concertmaster Juliana Athayde.

Tyzik received his bachelor’s and master’s degrees from the Eastman School of Music. www.jefftyzik.com. 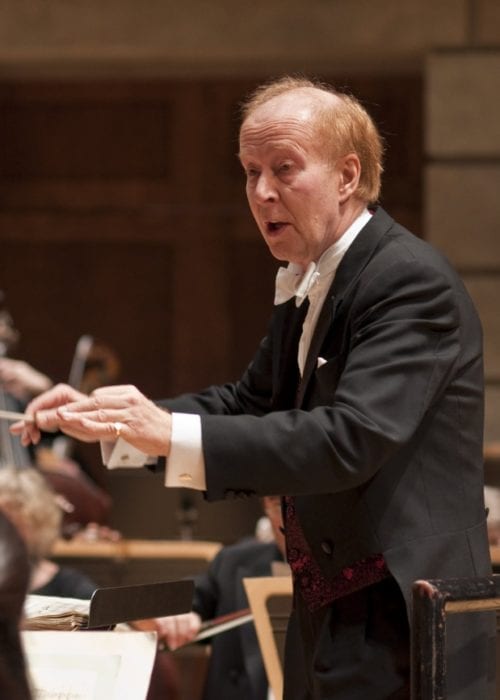 The Christopher Seaman Chair, Supported by Barbara and Patrick Fulford and The Conductor Laureate Society Joined the RPO in 1998...

The Christopher Seaman Chair, Supported by Barbara and Patrick Fulford and The Conductor Laureate Society

Christopher Seaman was music director of the RPO from 1998-2011, and was subsequently named conductor laureate. During his 13-year tenure, the longest in RPO history, he raised the Orchestra’s artistic level, broadened its audience base, and created a new concert series. This contribution was recognized with an award from the American Society of Composers, Authors, and Publishers. In May 2009, the University of Rochester made him an honorary doctor of music.

Previous positions include music director of the Naples Philharmonic Orchestra (Florida) for 10 years, conductor-in-residence with the Baltimore Symphony Orchestra, and artistic advisor of the San Antonio Symphony.

He is recognized for his wealth of repertoire, which ranges from baroque to contemporary, and in particular the works of Bruckner, Brahms, and Sibelius. Seaman also is highly regarded for his work with younger musicians, and he served as course director for the Symphony Services International Conductor Development Program (Australia) for many years.

Our talented orchestra keeps us at the edge of our seats with each performance. Their passion and artistry set the bar higher and higher with each season.