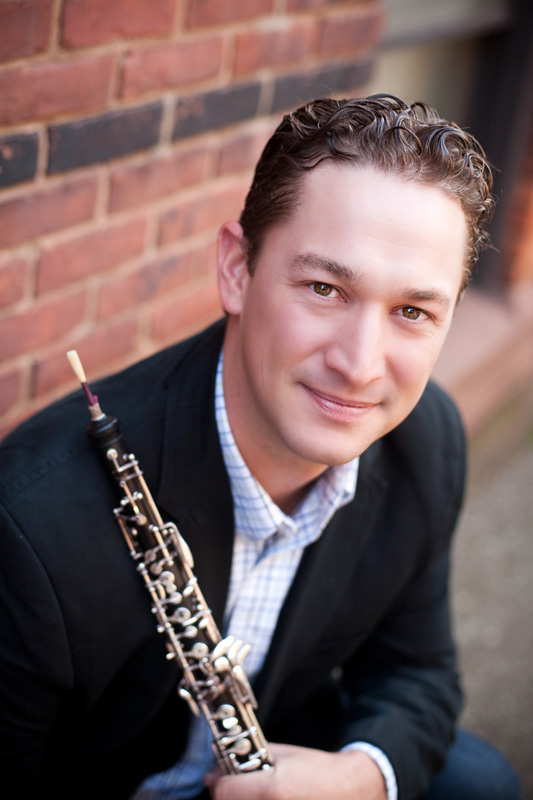 Principal Oboe of the Rochester Philharmonic Orchestra since 2007, Erik Behr was previously Principal Oboe of the Houston Grand Opera and Houston Ballet. Behr has performed as guest principal with the San Francisco Symphony, the Atlanta Symphony, the Saint Paul Chamber Orchestra and the Nashville Symphony. During the summer he performs with his wife, RPO Concertmaster Juliana Athayde, at the Sun Valley Summer Symphony and the Mainly Mozart Festival Orchestra as principal oboe. Other festival appearances include the Edinburgh International, Casals, Maribor and Spoleto festivals.

In addition to numerous other concerto appearances, Behr performed the world premiere of Allen Shawn’s oboe concerto in 2018, commissioned for Behr and the RPO. Together with his wife, he is Artistic Director of the Society for Chamber Music in Rochester and in 2017 he performed the world premiere of 2017 Guggenheim Fellow Adam Roberts’ oboe quartet, commissioned for Behr and SCMR. His playing has been praised by critics as “bold and graceful” (Washington Post), “immaculate” (Sunday Tribune), singled out for “tremendous musicianship and sense of style” (Irish Examiner), and for “ease and eloquence” (Rochester Democrat and Chronicle).