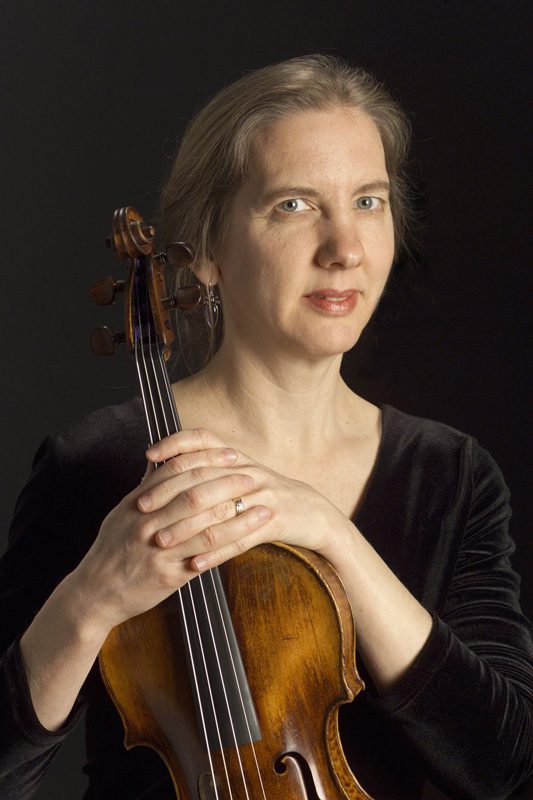 Melissa Matson is well known to Rochester audiences as the principal violist of the Rochester Philharmonic Orchestra, as well as a versatile chamber musician. She has been a frequent performer since 1987 with Chamber Music Rochester and the Skaneateles (NY) Festival. She is the artistic director of First Muse Chamber Music, a series of concerts at First Unitarian Church of Rochester (FirstMuse.org). Matson is a member of the Amenda Quartet (with violinists David Brickman and Patricia Sunwoo, and cellist Mimi Hwang) whose “Project Ludwig” aims to study and perform all of the Beethoven string quartets (AmendaQuartet.org).

As a founding member of the Chester String Quartet (1978-83), she performed throughout the U.S. and won top chamber music awards at the Munich and Portsmouth (England) international competitions. The quartet was on the faculty of Indiana University at South Bend, and recorded works of Warren Benson, Karl Weigl, and Ernest Chausson. After her tenure with the Quartet she joined the RPO and also the faculty of the Eastman School of Music. Her current duties as an associate professor at Eastman include teaching viola orchestral repertoire classes, for which she has written numerous guides to preparing orchestra excerpts. Matson presented two sessions on orchestral excerpts and audition preparation at the 2004 ViolaFest in Binghamton, NY. She also mentors the violists of the Rochester Philharmonic Youth Orchestra.

Originally from northern California, she was raised in a music-loving family – they played recorders together, her three siblings studied string instruments, and her mother built a harpsichord. Matson received her bachelor’s and master’s degrees from Eastman, where she studied with Martha Katz and was awarded the coveted Performer’s Certificate. She also studied with Heidi Castleman and Karen Tuttle. Her chamber music training includes work with the Cleveland and Juilliard Quartets, as well as study at The Quartet Program and the Aspen Center for Advanced Quartet Studies. Matson has been a chamber music participant in the Aspen, Norfolk, and Grand Teton summer festivals. For three years she was the principal violist and on the faculty of Eastern Music Festival, where she appeared as soloist with bassist Gary Karr and performed chamber music with violinist Franco Gulli and pianist Andre-Michel Schub.