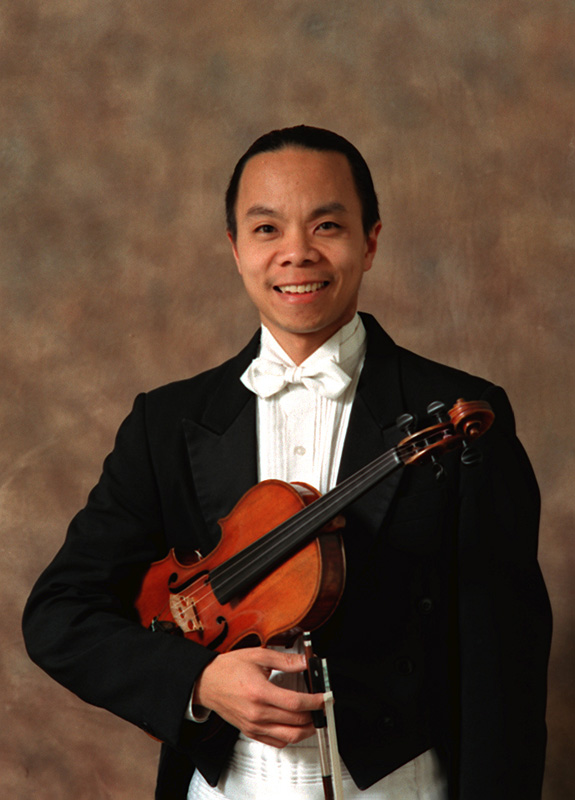 Since joining the RPO in 1991, Perrin Yang has served as acting principal second violin and associate concertmaster. Originally from San Francisco, Yang is a high honors graduate of Oberlin College and received his Master’s of Music from the University of Michigan. He is a member of the Rochester Chamber Orchestra, where he has appeared as soloist and concertmaster on several occasions. He also performs chamber music, mostly with his string quartet, and has appeared as guest artist at the Fortissimo!, Aspen, Peter Britt, Roycroft, Skaneateles, and Boulder Bach festivals.

Over the past few years, he has expanded his musical palette by venturing outside of the “traditional” classical music genre. He has performed original and cover music of all kinds including folk/blue grass, blues, rock, and pop. Audiences at a variety of Rochester’s festivals and musical venues – from the Rochester International Jazz Fest to the Dinosaur BBQ, have enjoyed the variety of sounds produced by his purple electric violin and collection of effects pedals. He has recorded full CDs with several local Rochester groups such as “Birds On A Wire,” “Right Turn Racer,” and “Significant Other.” Outside of his musical activities, you can usually find him participating in some sport, most likely tennis, or spending time with his two energetic cats-Winky and Bandit.